Home > About Us > Blog > 5 Unmissable Slot Games For Film Fans 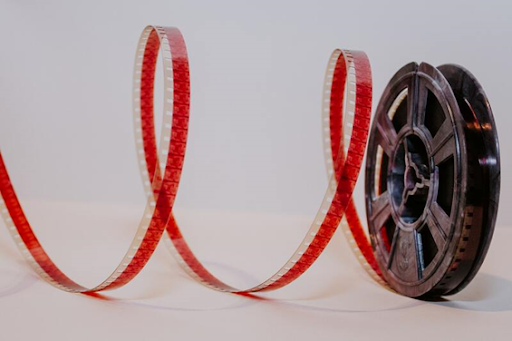 Like any good film buff, you’re probably always on the lookout for new ways to engage with your favourite flicks. Hollywood knows this all too well, which is why so many of the top movie franchises have sprawling entertainment empires designed to meet the insatiable appetites of the fans.

Video games, merchandise, official soundtracks, toys, collectibles, and even movie-related food products are all par for the course when it comes to building a successful franchise. For those film fanatics who enjoy online casino games, there is a whole other level of content to enjoy.

Some of the most iconic movies of all time have now been re-released as immersive online slot games, often taking the very best aspects of the plot, characters, and soundtrack and transforming them into a real money online game.

If you want to engage with your most beloved films while also playing for real jackpot prizes, read our guide to the very best film-themed slot games that simply cannot miss.

The Marvel Avengers series is, by most measures, the highest-grossing film franchise of all time, collectively grossing close to $10 billion. Meanwhile, four of the five highest-earning superhero films of all time are Avengers films, underlining the commitment of the fans to this beloved franchise, with many ticket sales coming from repeat viewings.

As such, it should come as no surprise that Marvel has teamed up with the award-winning slot developer Playtech to release an official Avengers Slot game. This 5-reel, 2-payline slot features clips and graphics from the first Avengers film, with the goal being to fend off Loki while also racking up jackpot prizes. The top payout in this slot is a whopping 10,000 times your original stake, making this a slot fit for a superhero.

Christopher Nolan breathed new life into the once-tired Batman film franchise with the release of his ultra-gritty Dark Knight series, which does away with the high camp and tongue-in-cheek comedy of the previous films. The new formula was so successful that the series became the highest-grossing and most popular Batman products ever released, with The Dark Knight and The Dark Knight Rises each grossing more than $1 billion at the box office.

Capitalizing on this success, Microgaming released the official Dark Knight Rises slot game, featuring clips from the iconic film. This isn’t any ordinary slot game either: after spinning the reels, the player can choose to enter a fight scene against a villain from the franchise, with extra bonus prizes awarded to those who make it out in one piece.

Jurassic World hit the screens in 2015, after a decade-long hiatus for the Jurassic Park franchise. Chris Pratt stepped into the shoes of the swashbuckling ethologist Owen Grady, bringing the magic and terror of the prehistoric world to life once again. Jurassic World was immensely successful, outstripping the success of even the original Spielberg films and going onto become the first and only film to gross more than $500 million on its opening weekend.

Not long after, Microgaming followed up with the official release of the Jurassic World Slot game. This 5-reel slot has a maximum payout of $150,000, which you can win by racking up the correct combinations of original movie characters and dinosaurs on the 143 paylines available to you.

Released more than 30 years ago, James Cameron’s second Terminator film remains the most enduringly popular and successful of the entire franchise. With Arnold Schwarzenegger reprising his original role in reverse and Robert Patrick entering the history books with his terrifying and icy portrayal of the T-1000, this is a sci-fi film like none that has come before or since.

Given the success of this film, in particular, it should come as no surprise that Microgaming wasted no time releasing an official slot game. The Terminator 2 slot features the iconic soundtrack of the original, as well as top-notch graphics and more than 1000 ways to win. Hasta la vista, baby.

Finally, let’s not forget the film franchise that has been rehashed over and over again and somehow seems to get better every single time. With a brand new Ghostbusters film on the way in 2021, now is the time to fall back in love with the franchise by playing the only official Ghostbuster branded slot, produced by IGT.

Based on the original 1984 film and the series of hit Las Vegas slots that are based on it, this 5-reel online version features plenty of jokes and classic clips, as well as the chance to win thousands of times your original stake. Who you gonna call?

These are the truly unmissable slots that film fanatics need to try. If you want to play for free, click here to find the best casino bonus available today.