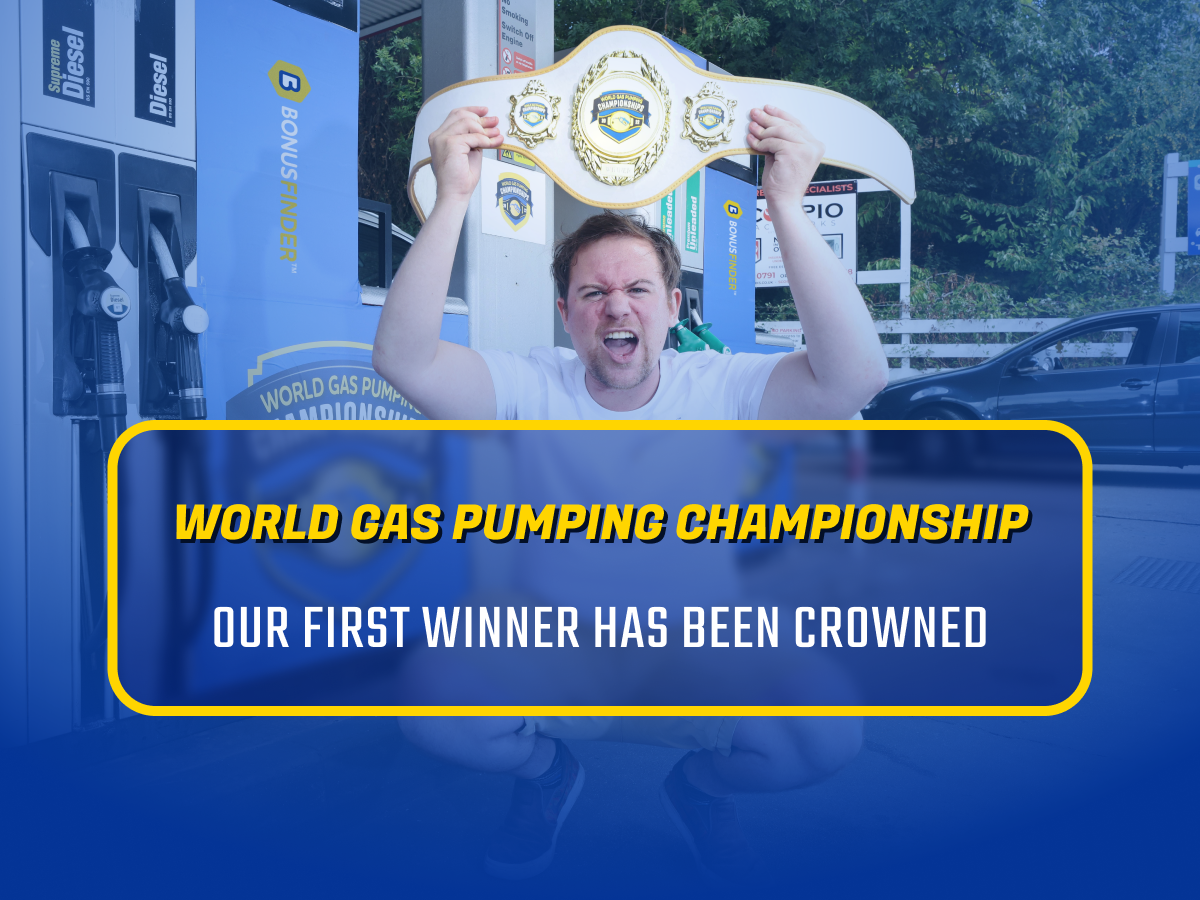 Thirty-one-year-old Joe Chapman from Peterborough walked away as the BonusFinder World Gas Pumping Champion, having sealed his victory in the inaugural competition hosted by former Formula One driver, Karun Chandhok.

The first ever World Gas Pumping Champion has been announced, following the inaugural edition of the championships, held in London, on August 31st 2022.
Fuelling your car takes real skill, especially if you want to land it on an exact amount. That skill is even more important in light of rising costs, and now it has officially been put to the test….

The day was hosted and adjudicated by former Formula One driver, Karun Chandhok. Karun presented our lucky winner a grand prize of £500 and the BonusFinder championship belt – to complement his free tank of gas. 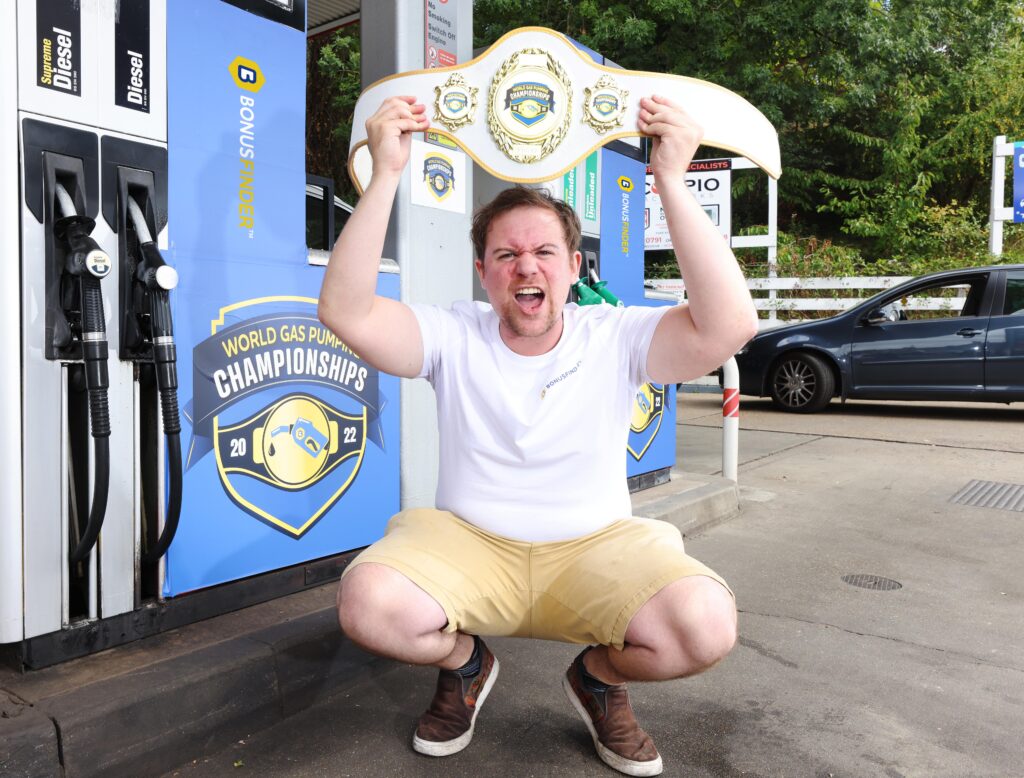 Chapman went head-to-head on the day with four other competitors, battling it out across four gruelling rounds.

Round one was the Speed Pumping challenge. Each competitor was challenged to pump £10 (roughly $12) worth of gas into their car, in the fastest possible time. However – a strong level of pumping skill was required as for each penny they went over the target, participants incurred a 5 second penalty.

The second round was a Pound-by-Pound Challenge. Using £1 increments from £1 then to £2, then £3 and so on, competitors had one pump to stop as close as possible to each figure.

Next up, in round three, was the feared Blindfold Challenge where contestants were relying solely on intuition. Each participant had to pump exactly £5 (around $6) worth of gas, despite having their eyesight temporarily removed with eye coverings.

Finally, rounding the competition off in round four was the Celebrating 2022 round. Entrants were given just one single pump to put as close to £20.22 as they could into their car. 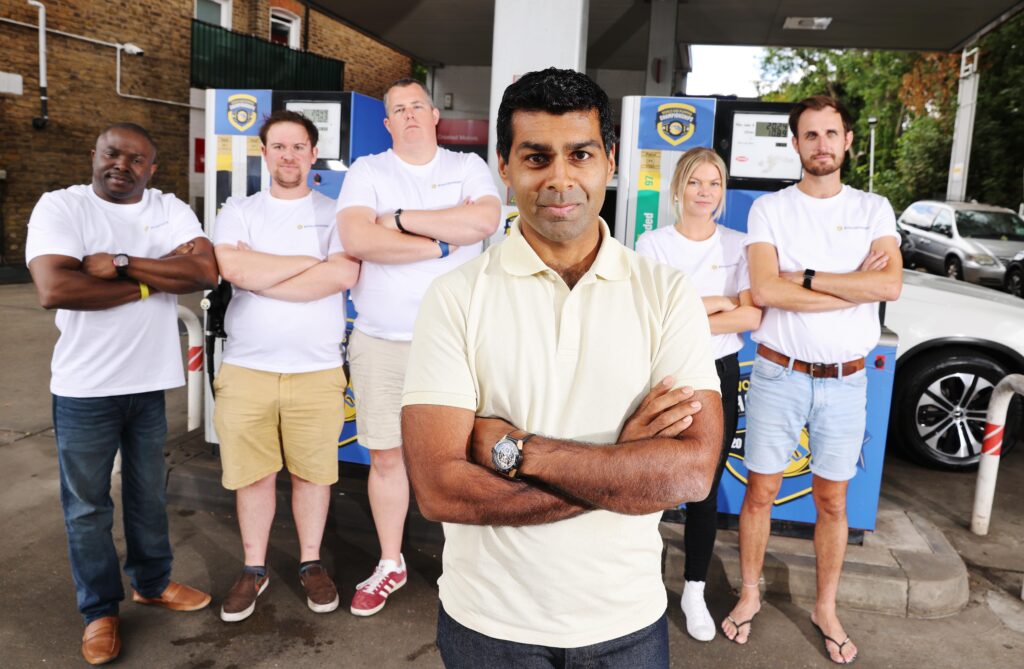 After all of the rounds were completed, Joe Chapman sat top of the scoring charts with 15 points out of a possible 20. He tipped the balance in his favour by finishing strongly in round four – Celebrating 2022. In just one pump Joe landed on £20.24, just two pence off the desired £20.22.

On his victory, Joe Chapman said: “I’m ecstatic to have won the first ever World Gas Pumping Championships. When I first heard about the competition, I immediately thought, it’s time to put my pedal to the metal and win that jackpot. I’ve been working on refining my petrol pumping techniques for the past couple of weeks and I’ve also been going to the gym to increase my arm strength, so I’m glad it paid off.”

Second place was awarded to Charlotte Thompson from Southampton, England. Our third-placed finisher was Dom Court from Pourtsmouth, England. Both did not walk away empty handed however, they each raced away with a fully replenished tank of gas.

Presenter Karun Chandhok said: “There are countless moments in the sporting calendar that we all know and love – the ones that keep spectators on the edge of their seats. The BonusFinder World Gas Pumping Championships was no different. It was great to see so many people in such great spirits cheering one another on, as well as the competitiveness and determination that each of the competitors showed.”

Watch the full video highlights from the day

Fintan Costello is a gambling industry veteran and has held senior leadership positions in numerous gambling companies including PokerStars and PaddyPower. For a number of years Fintan also led the Gambling vertical at Google.

Fintan uses his industry experience as a gambling insider to oversee BonusFinder and make sure that everything is to the highest possible standards. His mission is to make sure that our visitors can “Play with More”.

Twitter | LinkedIn
More from our blog
As seen on